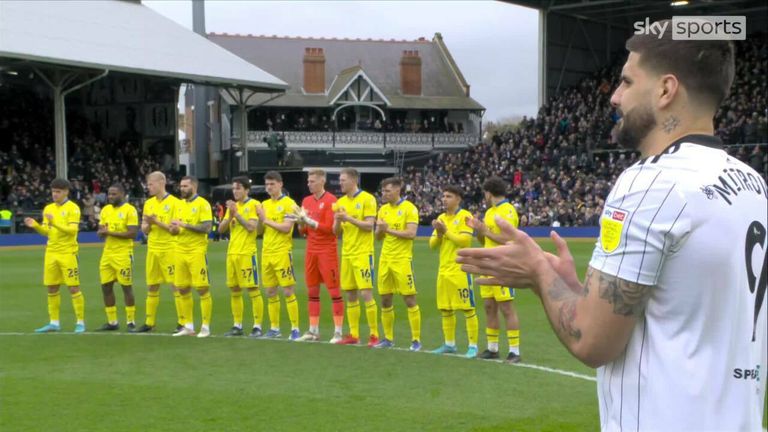 
The Premier League and the English Football League will cancel their broadcast contracts in Russia following the invasion of Ukraine.

Both leagues have instructed their lawyers to begin the process of ending broadcast contracts in Russia, with an announcement expected in the next few days.

The organisers of England’s professional leagues are united in their desire that no more matches should be shown in Russia, while Vladimir Putin continues to wage war on Ukraine.

The move, which is not yet finalised, would mean a cut in foreign broadcast revenues – in the case of the Premier League, the current Russian deal is worth around £6m a year. But there is confidence among football’s bosses that all English clubs will offer their full backing to the plan.

Last week, the UK Government added the Russian state-owned broadcaster Sberbank to its list of companies to face stringent sanctions, after calls from MPs for English football to take a stand against Russian aggression. Rambler, the Moscow-based TV company that has a contract with the Premier League and EFL to show English football, is a subsidiary of Sberbank. Leicester City and Leeds United kicked off the Premier League’s planned show of support for Ukraine following Russia’s invasion of the country.

In Saturday’s lunchtime kick-off at the King Power Stadium, which Leicester won 1-0, pro-Ukraine and anti-war messages were on display with further in-stadium activity promoting peace.

Following the invasion of Ukraine, players draping the country’s flag around them as they walked out was just one of the gestures shown in last weekend’s fixtures – and similar marks of solidarity featured before the match in Leicester. 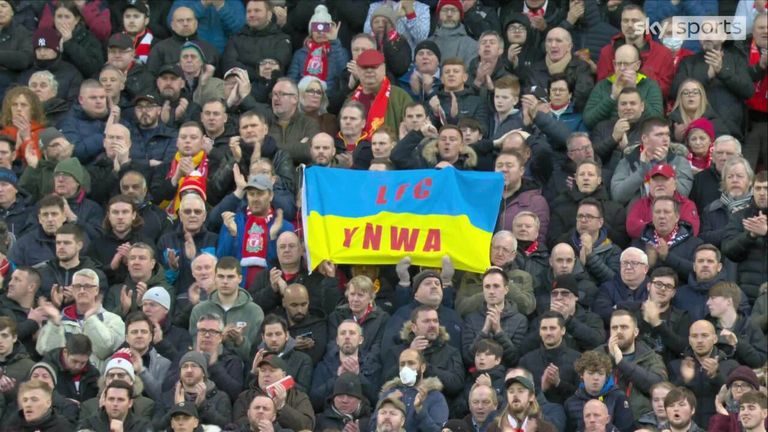 Both sets of players observed a moment’s silence for Ukraine, while a Ukrainian flag was also held by the teams.

Leicester supporters displayed a banner reading ‘We Stand with Ukraine’ alongside a picture of the Ukrainian flag before their game against Leeds.

Leicester teamed up with British and Ukrainian Red Cross to raise funds and supplies to send to the besieged capital Kyiv – where essentials are running out for locals sheltering underground.

The English top-flight continued to rally behind Ukraine with fans encouraged to join players, managers, match officials and club staff in a moment of reflection and solidarity before kick-off at each game.

The screens at stadiums displayed ‘Football Stands Together’ against the backdrop of the blue and yellow colours of the Ukrainian flag.

In the WSL, Brighton wore their blue and yellow third kit against Aston Villa as the two teams displayed a Ukraine flag before kick-off. 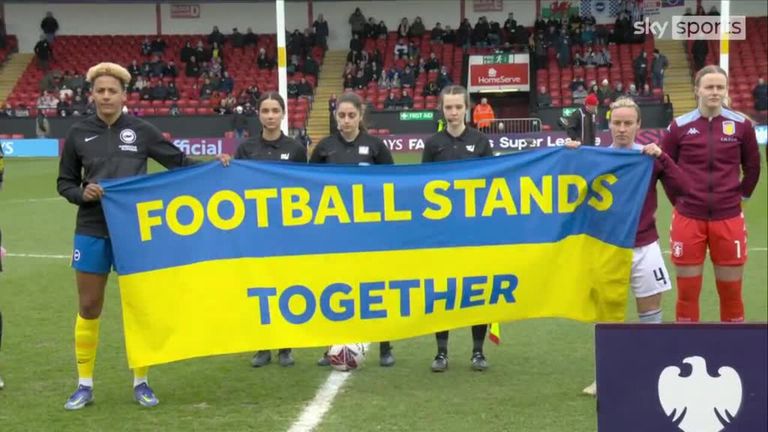 It was a similar scene at Craven Cottage ahead of Fulham’s Championship clash with Blackburn Rovers.

If you want to support the aid effort in Ukraine please donate via the WithUkraine Global Support Fund at: www.withukraine.org