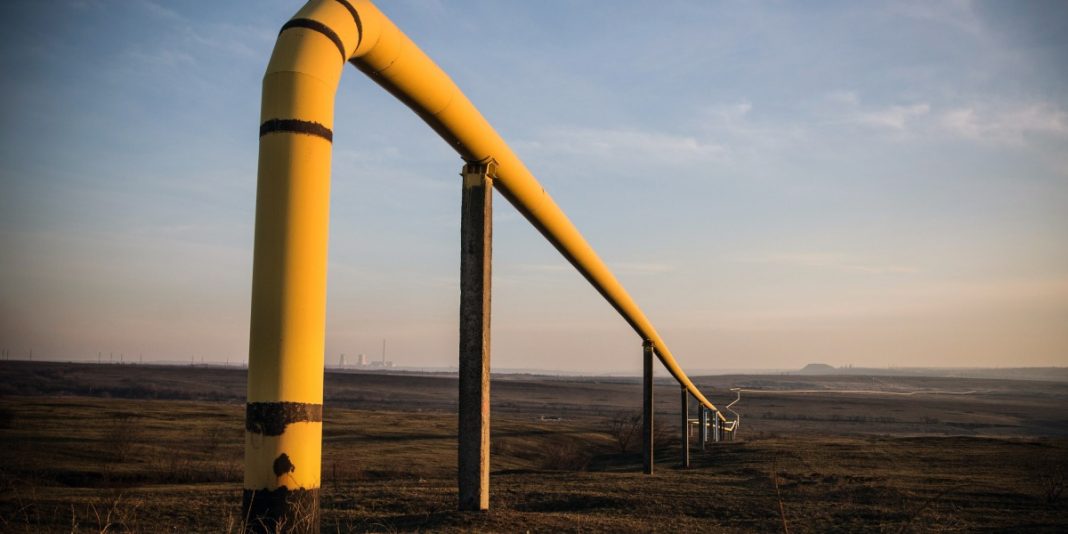 
Even Germany, Europe’s largest economy, which has invested heavily in renewable energy sources, is still deeply reliant on fossil fuels, particularly for heating and transportation. Non-fossil-fuel sources meet only 16% and 7.5% of those needs, respectively.

In response to Putin’s actions, German chancellor Olaf Scholz announced plans to halt development of the Nord Stream 2 pipeline, designed to carry natural gas between Russia and the northern part of that nation.

In addition, the European Union and United States imposed a variety of sanctions that included tight restrictions on some state-owned financial institutions and Russian elites. US president Joe Biden pledged to take more severe actions against Russia “if it continues its aggression.”

He stressed that the administration was taking deliberate steps to ensure that the conflict doesn’t push up energy costs for US consumers.

“We’re executing a plan in coordination with major oil-producing consumers and producers toward a collective investment to secure stability and global energy supply,” Biden said at the White House on Tuesday, according to CNN. “This will blunt gas prices. I want to limit the pain the American people are feeling at the gas pump.”

There are a handful of scenarios that could lead to price increases. International sanctions could directly or indirectly drive up the costs of producing or distributing fossil fuels. The conflict itself could affect the functioning of natural-gas pipelines through Ukraine. And Russia could decide to slow down or even halt supplies for strategic purposes.

While European nations could tap into other sources for oil and coal, tight global supplies and existing pipeline systems severely limit alternative options for natural gas. A full shutoff of Russian natural gas to Western Europe, particularly a prolonged one, would necessitate a variety of frantic efforts to keep homes heated and industries online, according to a recent analysis by Bruegel, an economic think tank. Those could include curbing energy demands, boosting domestic production, tapping into emergency reserves, scrambling to find alternative suppliers, delaying retirement of nuclear power facilities, and potentially bringing some retired coal plants back online.

But the deep interdependence between Russia and Western Europe would make such a worst-case scenario “highly implausible,” says Laurent Ruseckas, executive director at the consultancy IHS Markit, who is focused on gas markets in Europe and Asia.

Russia would both lose a critical source of revenue and clearly antagonize Western Europe, compelling nations to take extreme steps to eliminate their dependence on those natural-gas imports once and for all. It could also draw more countries into the conflict and prompt even costlier sanctions, some observers believe.

For his part, Putin claimed that Russia will not interrupt the flow of natural gas to international markets.

But the situation nonetheless underscores the vulnerability of Europe, particularly after months of already high energy prices. Those increases have been driven by a combination of factors, including a resurging global economy as pandemic restrictions lift; an especially harsh European winter in 2020-2021 that depleted natural gas reserves; Germany’s ill-timed decision to shut down many of its nuclear power plants; China’s soaring use of liquefied natural gas; and lower than usual natural-gas exports from Russia. Some saw that nation’s already tightening supply as a strategic effort to boost prices or compel approval of the Nord Stream 2 pipeline through Germany.

Some fear that the events in Ukraine and any resulting energy security issues could distract Europe’s leaders from their focus on meeting midcentury climate goals. Certainly some politicians and members of the public will argue that climate policies and the shift to renewable energy sources are to blame for Europe’s precarious energy supply. They’ll emphatically point to unusually low wind energy generation in the United Kingdom in recent months, due to weak winds in the region.

But Nikos Tsafos of the Center for Strategic and International Studies disputes these views and argues that any further price spikes would only drive the European Union to “double down” on the transition to clean energy. The EU has already enacted some of the world’s most ambitious climate policies, setting rapid targets for shifting toward carbon-free energy generation and industrial practices. Crucially, many of these measures also provide a buffer against constraints on international fossil-fuel supplies.

A watermark for chatbots can spot text written by an AI

How do I know if egg freezing is for me?