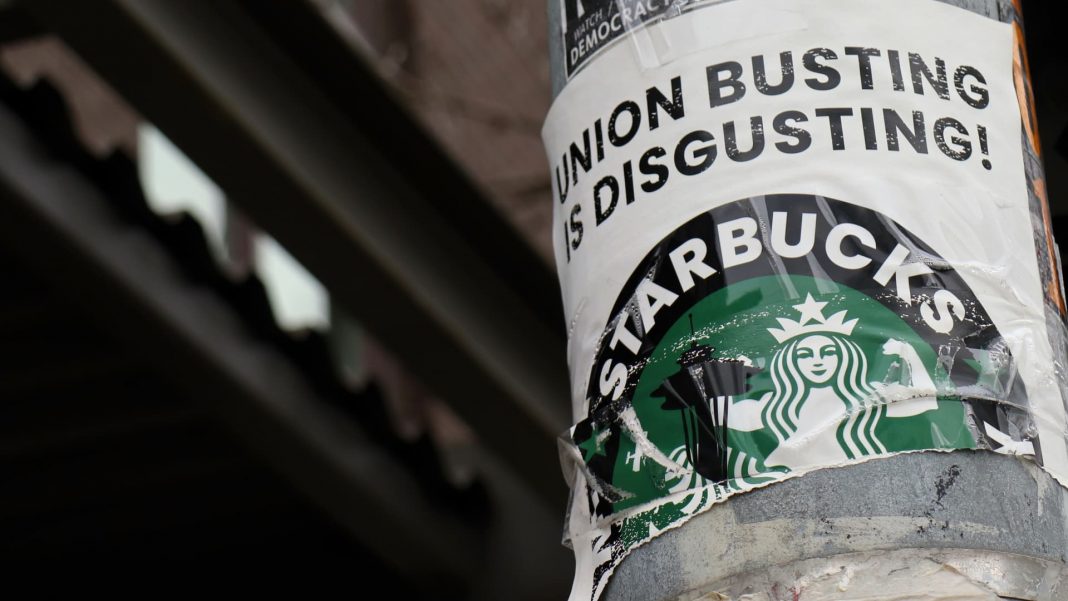 A pro-union poster is seen on a lamp pole outside Starbucks’ Broadway and Denny location in Seattle’s Seattle’s Capitol Hill neighborhood on March 22, 2022.

The workers union at Starbucks is claiming the coffee chain is shutting down a recently unionized cafe in retaliation for its activist efforts, Bloomberg News reported.

It’s the latest escalation between a rapidly growing national labor movement and the coffee giant.

Workers United, the union that’s backing organizing efforts at Starbucks, reportedly said in a Friday filing with the National Labor Relations Board that Starbucks is violating federal labor law by permanently closing an Ithaca, New York, store. The group alleged it was in retaliation since employees at the location voted to unionize in April, according to the organization’s Twitter account.

Starbucks did not immediately respond to CNBC’s request for comment. The company told Bloomberg the closure resulted from facilities, staffing and “time and attendance” issues, rather than its union activity.

The union is asking the agency to seek a federal court injunction to quickly prevent or reverse the store closure, according to the report.

Around 100 Starbucks cafes have voted to unionize under Workers United, while only 14 locations have voted against unionizing. Workers United announced this week it was creating a $1 million fund to cover lost pay for baristas who go on strike.