UVA Student Charged With Murdering 3 Others; 4 U. of Idaho Student Deaths Under Homicide Investigation 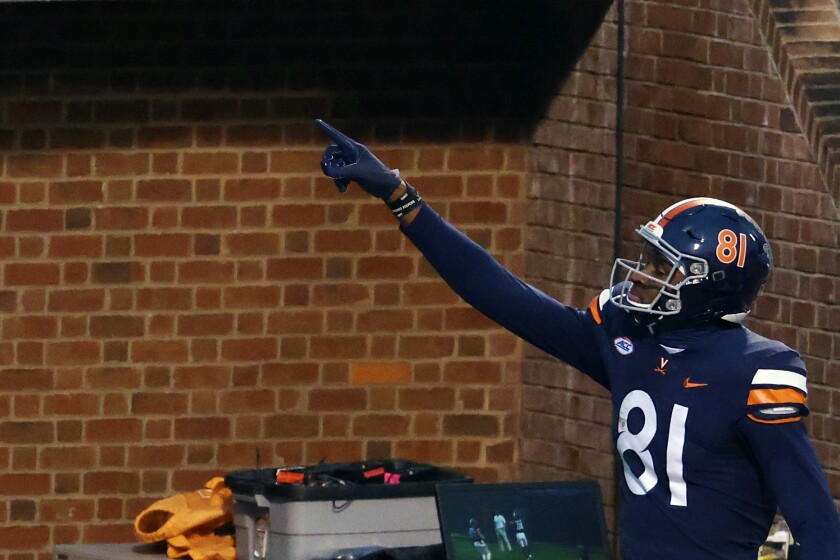 Christopher Darnell Jones Jr., 23, was charged with three counts of second-degree murder after he allegedly shot and killed three and injured two other UVA students on a charter bus returning to the campus, in Charlottesville, Va., from a field trip late Sunday evening. The field trip was part of a university class that had attended a play in Washington, D.C., officials said.

Jones was taken into custody after a 12-hour manhunt by the university, local, and state police, along with federal agencies including the FBI and the U.S. Marshals Service. During the manhunt, students and staff members sheltered in place for more than 12 hours, many of them in libraries and academic buildings. Jones was found off campus soon after 11 a.m. on Monday.

Jones is a former member of the university’s football team. The three students killed were current members of the football team. D’Sean Perry was a linebacker from Miami. Devin Chandler was a wide receiver from Virginia Beach. Lavel Davis Jr. was also a wide receiver, from Ridgeville, S.C.

The university’s police department responded to a call about shots fired in a campus parking garage around 10:16 p.m. on Sunday. At the scene, police officers encountered several victims of gunshot wounds.

“Someone amongst them chose to do an act of violence. And we found them dead inside that bus. And for hours, we had to process a crime scene,” said Timothy J. Longo, the university’s vice president for security and safety and chief of police, at a news conference on Monday.

Two of the victims were found dead at the scene, and a third was transported to a hospital and died there. About 25 students were on the bus, according to the university’s president, James E. Ryan.

The two injured students are being treated at the University of Virginia Medical Center. One is in critical condition. Their names were not disclosed by the university.

Jones was also charged with three counts of using a handgun in the commission of a felony, according to Longo.

Longo said Jones had come to the attention of the university’s threat-assessment team this fall, after a person unaffiliated with the university reported that Jones possessed a gun. Longo also said Jones had been involved in a hazing investigation that was closed after witnesses wouldn’t cooperate with the process. The university later learned that, in February 2021, Jones faced a criminal charge involving a concealed-weapon violation outside Charlottesville. He didn’t report the incident to the university.

Students and staff members received emergency alerts immediately after the shooting was reported, asking them to shelter in place.

“The entire university community is grieving this morning,” said Ryan during the news conference. “My heart is broken for the victims and their families and for all who knew and loved them. And they are all in my prayers.”

Julissa Bishop, a third-year student, said that once she had read the emergency alert, which included the words “RUN HIDE FIGHT,” she called her mother. She also started texting her friends to tell them she loves them.

“They were just going to school, playing on the football team, and now they’re gone,” Bishop said. “I’m so in shock. I don’t know what to do.”

Bishop said she couldn’t sleep until 3 a.m. and woke up just three hours later, hoping the suspect had been found. Her family members continued to call and text her, as they learned the news.

“Shootings keep happening, and there’s nothing being done to stop them,” Bishop said. “It makes me upset. It’s getting out of hand.”

The White House released a statement about the shooting on Monday afternoon. “The president and first lady are mourning with the University of Virginia community after yet another deadly shooting in America has taken the lives of three young people,” the White House press secretary, Karine Jean-Pierre, said. “Our deepest condolences are with the countless families, friends, and neighbors grieving for those killed as well as those injured in this senseless shooting.”

The tragedy struck the historic campus in Charlottesville, just 150 miles up the interstate from Virginia Tech, where a mass shooting 15 years ago took 33 lives.

The police are investigating the deaths of the four Idaho students, whose bodies were found in a house near the Moscow, Idaho, campus. The police identified the four victims on Monday after notifying their parents: Ethan Chapin, 20, from Conway, Wash.; Kaylee GonCalves, 21, from Rathdrum, Idaho; Xana Kernodle, 20, from Avondale, Ariz.; and Madison Mogen, 21, from Coeur d’Alene, Idaho.

The deaths are being investigated as homicides, but the police have not released the causes of death, and a suspect is not in custody. The university initially told students to shelter in place and avoid the area for roughly an hour after police officers found the bodies, but Scott Green, the institution’s president, said on Sunday evening in an emailed statement to the university community that the police no longer “believe there is an active threat.”

“An event of this magnitude can understandably have significant impacts on those left behind,” Green wrote. “As Vandals, we must come together and lift each other up.”

The university canceled classes on Monday, “out of respect for these fellow Vandals.” In the statement, Green also reminded students of additional support services and urged those who are worried about a student or employee to fill out a VandalCare report, which notifies the university about those who could be a danger to themselves or others, or who could benefit from additional support.

The Moscow Police Department and the university did not immediately respond to requests for comment.