What 4 Billionaires With Russia Ties Have Donated to American Colleges 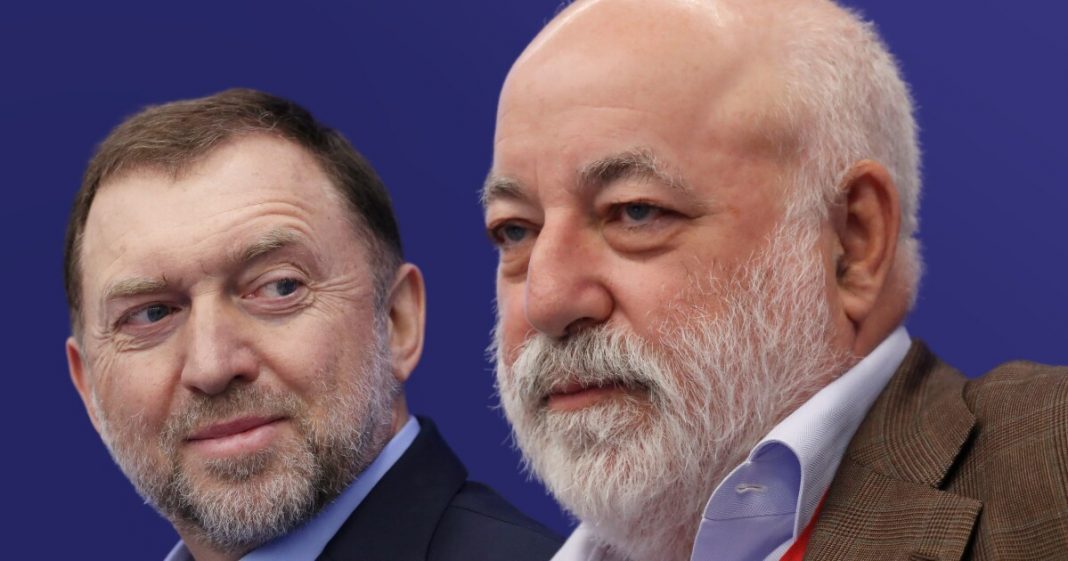 
The United States and the European Union have set their sights on Russian billionaires as one focus of economic sanctions amid the country’s invasion of Ukraine. By targeting the oligarchs in President Vladimir Putin’s inner circle, the sanctions have already cost Russian billionaires more than $80 billion in wealth, Bloomberg News reported.

A small handful of Russian billionaires and others whose business interests lie in Russia — and who have not been targeted by recent sanctions — have given money to American colleges. Though calls to sever ties with these wealthy donors have not reached the fever pitch that has plagued controversial philanthropists in recent years, the size of some of their donations is substantial. The donors are not among the U.S.’s most recent additions to its list of sanctioned actors, but some have been sanctioned before or their companies have appeared on sanctions lists.

Leonid Mikhelson is the founder and chairman of the natural gas company Novatek and is worth an estimated $21.1 billion, according to Forbes. Mikhelson does not appear on the U.S. Treasury’s sanctions list, but the United States sanctioned Novatek in 2014 when Russia annexed Crimea. Between 2012 and 2014, Mikhelson gave $4.3 million to New York University, according to disclosures by NYU to the Department of Education. The Financial Times reported that his daughter studied art history at the university. Mikhelson is also a prolific art collector and has funded international art exhibitions, the FT reported. Through his foundation, V-A-C — or Victoria, the Art of being Contemporary — Mikhelson also gave $500,000 to the School of the Art Institute of Chicago. On Tuesday, Reuters reported that in response to the war in Ukraine, Italy had put a hold on its plans to partly finance a $21-billion project led by Novatek. According to Bloomberg, Mikhelson has already lost $10.2 billion of his wealth in 2022.

“We strongly support every diplomatic effort at restoring peace and look forward to the prompt resolution of this current tragic situation,” Novatek said on its website. “We also extend our sincere sympathy to all those affected by these events.”

Leonard Blavatnik emigrated to the United States in 1978 and holds both American and British citizenship, and graduate degrees from Columbia and Harvard Universities. According to his website, he founded a private company in 1986 that invests in media, real estate, and natural-resources companies, among other industries. According to a 2019 profile of Blavatnik in the Financial Times, his company at that time owned a financial stake in Sual Partners, which owned a large stake in the Russian aluminum company Rusal. The company was sanctioned in 2018, then removed from the sanctions list the following year. Blavatnik donated $6.35 million to Republican political action committees during the 2015-16 campaign cycle, according to The Dallas Morning News. Between 2017 and 2019, the Blavatnik Family Foundation gave over $131.4 million to American colleges and academic medical centers, according to files submitted to the IRS. They include Columbia, Harvard, Yale, and Georgetown Universities, and Miami University of Ohio, among others. Blavatnik has not been sanctioned by the U.S.

“Len Blavatnik, born in Odessa, Ukraine, has been an American citizen for almost 40 years, having earned a master’s degree from Columbia University and an M.B.A. from Harvard Business School,” said a statement from his company, Access Industries. “As head of a U.S.-based business and philanthropist, he has long recognized the value of higher education and has made donations, and continues to do so, through the Blavatnik Family Foundation to institutions to advance scientific innovation and discovery.”

Oleg Deripaska, a founder of Rusal, was one of seven Russian oligarchs sanctioned by the U.S. Treasury Department in 2018, along with the companies they own. A 2008 story in Harper’s Magazine reported that Deripaska made a contribution to Harvard, which earned him a position as an International Council Member at Harvard’s Belfer Center for Science and International Affairs. Deripaska is no longer a member of the council, but in 2015, the Belfer Center noted on its website that he was “a key figure in modernizing Russia’s industry” and said that he “strives to drive up corporate governance and environmental standards in his businesses.” A Harvard spokesperson said that he has not been on the Belfer Center’s International Council since 2017 and has not had any ties to the university since then.

The Wall Street Journal reported on Thursday that Deripaska told attendees of a conference that the only way out of the current economic crisis was ending fighting in Ukraine, saying, “The main and first step is achieving peace on a compromise basis.”

Viktor Vekselberg also holds a large stake in Rusal. Like Deripaska, he was sanctioned in 2018 by the Treasury Department. Vekselberg served as a trustee at the Massachusetts Institute of Technology for at least three years ending in 2018. Before then, he was president of the Skolkovo Foundation, which partnered with MIT to create the Skolkovo Institute of Science and Technology, a graduate research university near Moscow. MIT ended its relationship with the Skolkovo Institute in February because of Russia’s invasion of Ukraine. Vekselberg is still the chairman of the Russian institute’s board of trustees.

MIT did not respond to a request for comment. The university said on its website that its withdrawal from the Skolkovo Institute was “a rejection of the actions of the Russian government in Ukraine” and that it was proud of its previous work with the institute.

“We take it with deep regret because of our great respect for the Russian people and our profound appreciation for the contributions of the many extraordinary Russian colleagues we have worked with,” the statement said.

Previous articleCDC Director Walinsky Was In St. Louis Thursday and Didn’t Appear to Know When to Wear a Mask and When Not To
Next articleEx-Cal State Chancellor Who Resigned Under Fire Will Receive $450,000 Settlement
- Advertisement -

What a Possible U. of Phoenix Sale Says About the State of Higher Ed