What UNC Agreed to in Its Settlement With Nikole Hannah-Jones 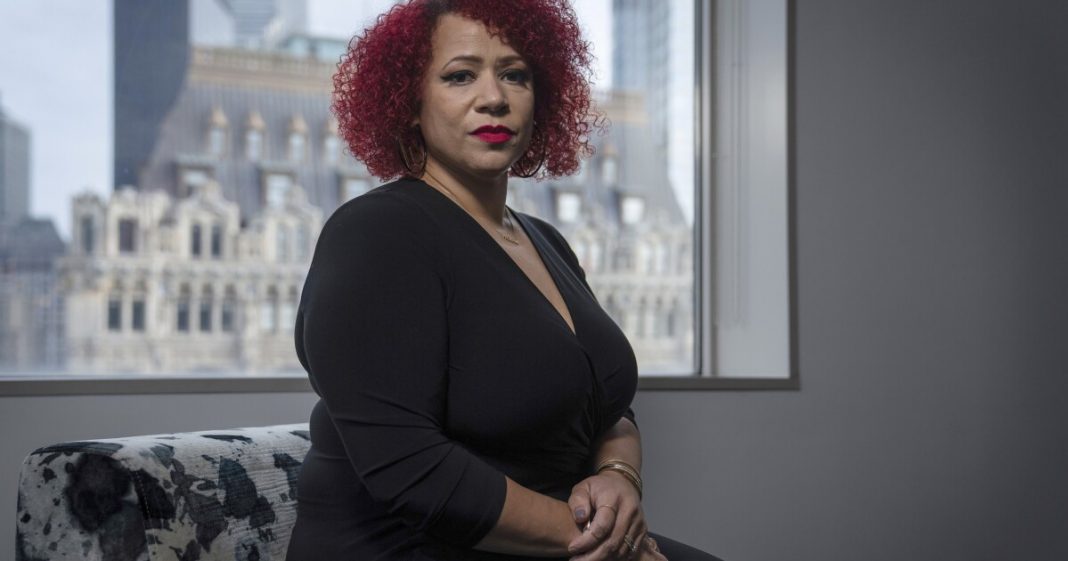 
The University of North Carolina at Chapel Hill will take steps to diversify faculty and staff hiring as part of a settlement with Nikole Hannah-Jones, the Pulitzer Prize-winning journalist who was initially hired last year without an offer of tenure.

Under the settlement, Chapel Hill officials will train 20 faculty and staff members as paid advisers in the search-and-selection process at Chapel Hill.

The arrangement appears similar to the search-advocate model created 14 years ago at Oregon State University and since expanded to other colleges. Search advocates are trained to ask questions and challenge assumptions of search-committee members, with the goal of testing their thinking and minimizing the effects of implicit bias.

Chapel Hill also agreed to post a position for a “trauma-informed” therapist in the counseling center’s Multicultural Health Program by the end of this month, and to reserve $5,000 each year until June 30, 2025, to cover expenses for meetings, events, and symposia sponsored by the Carolina Black Caucus, which advocates for Black faculty and staff members on the campus.

The settlement, which was for less than $75,000, was first reported on Friday by The News & Observer. Then Hannah-Jones said on Tuesday that the agreement “was about much more than” the money and shared additional details. She wrote on Twitter that she and the NAACP Legal Defense Fund, which represented her, took the concessions “directly from the asks of student and faculty groups.” Those details were reported on Monday by The Daily Tar Heel, Chapel Hill’s student newspaper.

When Hannah-Jones was hired by Chapel Hill last year as the Knight chair in race and investigative Journalism at the Hussman School of Journalism and Media, some conservative critics objected to her hire. Walter E. Hussman Jr., the newspaper publisher and donor for whom the school is named, questioned Hannah-Jones’s commitment to what he described as his principles of journalistic objectivity.

The Board of Trustees didn’t give her tenure, even though previous Knight chairs at Chapel Hill, who were white, had been hired with tenure. The university instead offered her a five-year contract. Eventually, after a national uproar, the board offered her tenure. By then, however, she had accepted a position as the tenured Knight chair in race and Journalism at Howard University.

Hannah-Jones threatened to pursue legal action against Chapel Hill, with her lawyers arguing that officials had discriminated against her “based on the content of her journalism and scholarship and because of her race.” The new settlement resolves any potential legal action between her and the university.

The settlement comes as colleges continue to struggle with getting faculty members of color to stick around. Hannah-Jones’s initial tenure rejection put a spotlight on Chapel Hill’s climate for professors and staff members of color, with some deciding to leave the university and others wondering whether they should quit, too.

“We believe that these concessions will help make my alma mater better and help it live up to its promise. As I said again and again: This was never about me,” Hannah-Jones wrote on Twitter.

Janai S. Nelson, president of the NAACP Legal Defense Fund, wrote in a statement that the settlement was a victory for “the right to free expression.”

Beth Keith, associate vice chancellor for university communications at Chapel Hill, said in a statement provided by a spokesperson that the university will accelerate its investment in “Carolina Next,” its strategic plan, as part of the agreement.

“The steps taken to resolve the lingering potential legal action posed by Ms. Hannah-Jones will hopefully help to close this chapter and give the university the space to focus on moving forward,” David L. Boliek Jr., chair of the UNC-Chapel Hill Board of Trustees, said in the statement.

Hannah-Jones, who didn’t respond to a request for comment, is best known for her work on the “1619 Project,” a New York Times Magazine series of stories on U.S. history told through the lens of the trans-Atlantic slave trade. The project has become a political football in a fraught national debate over teaching about race in schools and colleges.