When Grooming Goes Too Far: Tucson High School Counselor Arrested for Having Sex with 15-Year-Old Student 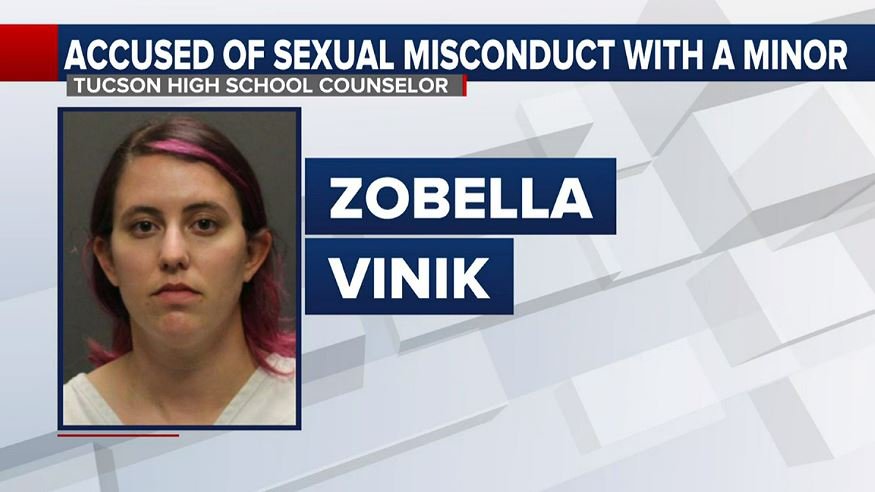 
A Tucson high school counselor was arrested this week after having sex with a 15-year-old student. Zobella Brazil Vinik was arrested after police held interviews and and searched electronic devices.

A former Tucson High School counselor is accused of having sex with a teen student.

The Tucson Police Department said detectives received a report on May 3 about an inappropriate relationship between Zobella Brazil Vinik and a 15-year-old student.

The TPD said detectives conducted interviews and searched electronic devices before arresting the 29-year-old Vinik on Wednesday, May 11.

According to Tucson Unified School District, Vinik resigned on Thursday, May 5.

As of Friday, Vinik was not in the Pima County Adult Detention Complex. She is facing a charge of sexual conduct with a minor. Anyone with information should call 911 or 88-CRIME anonymously.

According to the interim complaint, Vinik’s ex-wife called police after finding evidence that Vinik was having a relationship with the minor.

The minor initially told investigators it wasn’t true, but they later admitted the romantic relationship started in February 2022.

Police said there was plenty of evidence in their cell phones that they were in a relationship. The minor told investigators they knew the relationship was “bad because of Zobella’s age.”