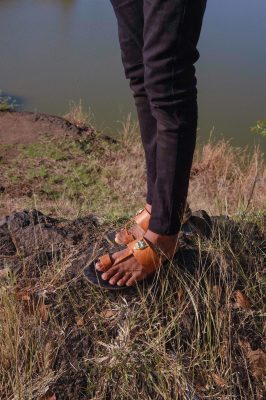 “The power of your beliefs eventually gains control over the way you love and grow older, your choice of clothes and the kind of people you surround yourself with.

This series of photographs that I call Ghat, captures my hometown, Karad, and is reminiscent of the places I grew up in, particularly during my high-school years. I was frightened but fascinated by love, gender, fashion and the notions that surround them.

Clashes between different religious groups and castes were commonplace, but we, as teenagers, were largely unaffected by it. We fell in love without discriminating; we took in different genders, skins and colours.

There has been a change in how fashion and genders are perceived, and this has created a new dialogue.

This collection of images meditates on the ways in which people from my hometown can feel silence, loss and personality on account of being shaped by their surroundings. It is a declaration of an evergreen awareness, of resilience.”

SHE’S ALL THAT: SINGER-SONGWRITER DOT. IS BACK IN FULL SWING