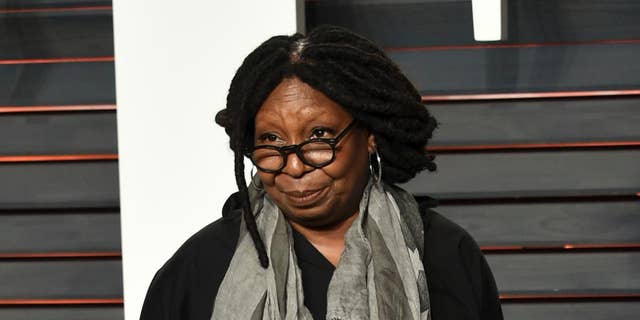 “The View” host Whoopi Goldberg suggested Wednesday that people report and police arrest anyone with an AR-15 and compared it to what “women are being threatened with” if they seek out an abortion.

Guest host Tara Setmayer said that it would not be easy to ban guns in a country that has “more guns than people.”

“It actually is easy,” Goldberg said. “It is easy, but the things that you could say to people, which we don’t say on this show, the things you could wish on people, that we don’t wish on this show to people because we know, we’ve all met people who have had to deal with the death of a loved one at the hands of a gun,” implying that they’ve been holding back.

Whoopi Goldberg argued on Wednesday that AR-15 owners should be reported and then put in jail. (Photo by Evan Agostini/Invision/AP, File)

Setmayer said that people could still use handguns, like at the Virginia Tech shooting.

“A handgun does not turn people to dust,” Goldberg responded.

Sunny Hostin claimed that when assault weapons were banned, “mass shootings did go down.”

Goldberg said that they were suggesting “taking one gun” out of “the plethora of guns.”

Whoopi Goldberg suggested reporting and arresting AR-15 owners if they’re ever banned on “The View” on Wednesday.
(Screenshot/ABC/TheView)

BETO O’ROURKE’S TEXAS SCHOOL SHOOTING STUNT PRAISED BY ‘THE VIEW’ HOSTS: ‘I WAS HERE FOR IT’

“What happens to the black market then?” Setmayer asked, saying that AR-15s are the most popular gun in the country.

“I’ll tell you what happens. The same thing that happens that is being threatened to women who decide maybe I need to go talk to somebody about an abortion, where they say, report them and we’ll put them in jail,” Goldberg responded. “That’s what.”

Setmayer said that it would need to be enforced.

Whoopi Goldberg called for reporting AR-15 owners and putting them in jail if the weapon is banned following the Uvalde, Texas, school shooting.  AP/Jae C. Hong

On May 25, Goldberg said that Republicans should be as aggressive about gun control as they are about being pro-life and protecting the unborn.