Why This Fall’s Campus Housing Shortages Could Be Different 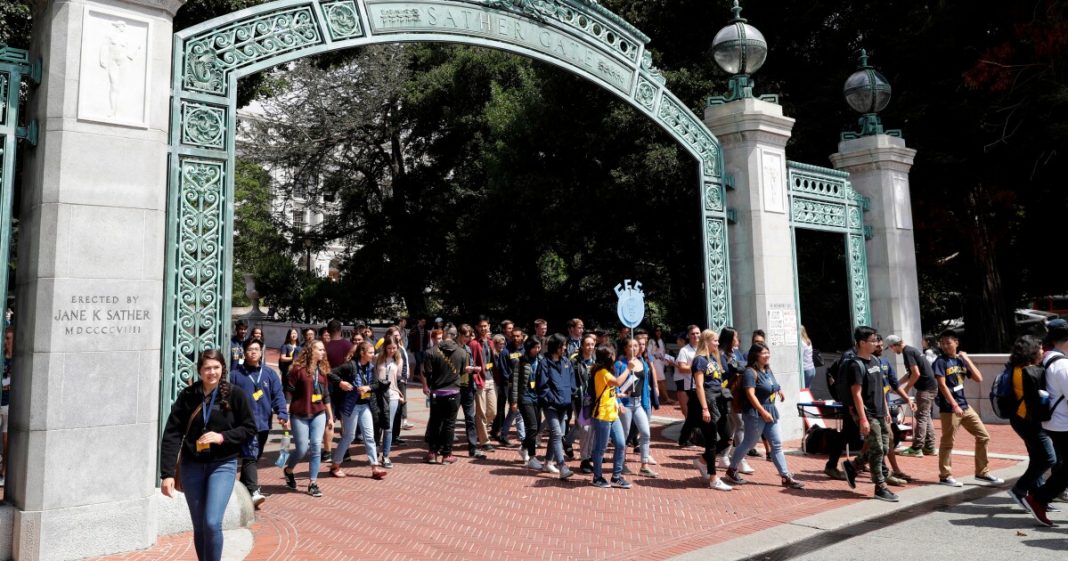 
Colleges across the nation are facing housing shortages and increased demand, leaving hundreds of students waiting for assignments or scrambling to find off-campus options as the fall semester quickly approaches.

Housing shortages are nothing new. But this year is different, according to Kevin Kruger, president of Naspa: Student Affairs Administrators in Higher Education, because the demand for on-campus housing may be even higher. He cited two factors: “post-pandemic, pent-up demand” and the national housing crisis driving up rent off campus.

“Students who were in what we now call Zoom University were pretty unhappy about just being detached from the campus, with a lot of a sense of isolation and loneliness,” Kruger said. “And a lot of these rising high-school graduates missed substantial parts of their high-school experience.”

So now, students are craving the “full campus experience,” Kruger said. And because rental prices in neighboring towns have “skyrocketed,” campus housing in some places is the more-affordable option — which also drives up demand.

At Florida A&M University, there are over 500 freshmen and transfer students and over 800 upperclassmen on a wait list for on-campus housing, said President Larry Robinson. And other colleges in the state are in similar positions: Florida Atlantic University has over 800 students it cannot house, Florida International University has over 500, and Eckerd College says the lack of available housing is affecting its employees, too.

At the University of North Carolina at Charlotte, 356 students put in deposits for university housing but still haven’t received their assignments, said Christy Jackson, senior director of communications. The number of applications for on-campus housing has been increasing for several years, she said. “But what we haven’t seen before that we’re seeing this year is a decrease in cancellation. By this time in the process, we usually have more of those than we do this year.”

Robinson said the shortage at Florida A&M is also due to a larger enrollment of freshmen and transfer students. This time last year, the university had 524 enrolled freshmen — now it has 1,119.

We were required to enroll far more students than we had housing for, which exacerbated what had been a pre-existing shortage of housing.

“We have a priority of getting more on-campus housing, particularly for the first-time-in-college students, because all data shows for that demographic that they do much better academically and socially when they spend their first year on campus,” Robinson said.

For years, the University of California at Berkeley has faced housing shortages that continue today.

“We’re a land-poor, urban-based campus,” said Dan Mogulof, a Berkeley spokesman. “And we were required to enroll far more students than we had housing for, which exacerbated what had been a pre-existing shortage of housing.”

Berkeley has faced backlash for admitting more students despite its housing shortages — but enrollment targets are set by the Board of Regents, not the university itself, Mogulof said.

“The people who accuse the campus of irresponsible behavior by enrolling more students without having a place to house them are not taking into account the actual process whereby enrollment decisions are made,” Mogulof said.

No matter who sets the targets, students feel the effects of this housing crunch now.

Christie Maly, a rising senior at Berkeley studying economics, said she has had trouble finding housing every year since her first, the only year when housing is guaranteed by the university.

The pandemic made it hard to find roommates and tour properties during Maly’s sophomore year. As a junior, she struggled to find a six-month lease to accommodate her study-abroad plans — and when she did, it was more expensive than it should have been.

“I’m not even joking when I say it was the size of a closet with two bunk beds. Our desks were underneath. And we were paying, I want to say around $900 to $1,000″ per month “for that double,” Maly said. “I’m glad we got a semesterlong lease, but I’m also glad I was only there for a semester.”

For her final year, Maly said, she was lucky to have a network of former student-residents to tap into. But going through the housing process is a real time investment, she said.

According to Maly, Berkeley does have apartments that upperclassmen can apply for. “But once you’re past freshman year, it is very, very unlikely for you to get that housing, and also on-campus housing tends to be pricier,” she said.

Students and parents at other colleges experiencing housing shortages are taking to social media to express their frustrations.

A reddit thread started by the student-government president at UNC-Charlotte is filled with comments criticizing the university and its housing department.

“Here is my question. Why is housing taking more applications than we have beds?” one user wrote. “Also, how could they have not predicted this? We are on the tail end of Covid now, people are going back to school. They should have seen this coming and should have been ready for it.”

Colleges are taking steps to deal with the housing shortages and backlogs. Jackson said that all students who applied before the June 1 deadline at UNC-Charlotte will receive housing from a mixture of on-campus and off-campus partners.

“If we have to house students through off-campus partners, we will definitely provide transportation and other services to them,” Jackson said. “And wherever we house these students, those locations will be run as university housing. So they will have resident advisers. It will be run exactly as we run our residence hall on campus.”

At the University of Utah, the wait list for university housing was 3,500 students in the spring — but now stands at around 300, said Sean Grube, director of housing. Grube said the university will be able to house all of the students on its wait list through a variety of new projects, including a newly purchased property from nearby Westminster College, as well as the university hotel.

Some students will also live with local alumni as part of a new program. Bethany Hardwig, director of special projects and outreach at the Office of Alumni Relations, said 120 alumni have already signed up to host students this semester — and they are being vetted to determine eligibility and best fit.

Florida A&M started an incentive program to give first-time students who have to live off campus $4,000 to pay for housing and a campus meal plan valued at $5,716. The university offered the same to the first 400 upperclassmen who give up their on-campus housing spots by Friday. According to Robinson, 80 upperclassmen have taken the deal so far.

Most of the colleges also have plans to build more housing.

In May, Utah announced plans to open a new four-building apartment complex, with 552 units — the first of the buildings to be completed in the summer of 2023. Berkeley started a project in 2017 to add 8,800 new beds on campus, doubling the existing total, Mogulof said.

Kruger, of Naspa, said colleges face long-term challenges in housing shortages: “older buildings, challenges around maintenance, difficulty in securing funding for new residence halls” — all that will continue to be an issue in the future.

But like many trends in higher education, housing shortages are unevenly distributed. “Not everyone is oversubscribed,” Kruger said. Small private colleges “that serve a regional audience, some of the smaller regional publics, those institutions are not fully enrolled for the fall so far and I think will have vacancies. So it’s not an every place kind of story.”