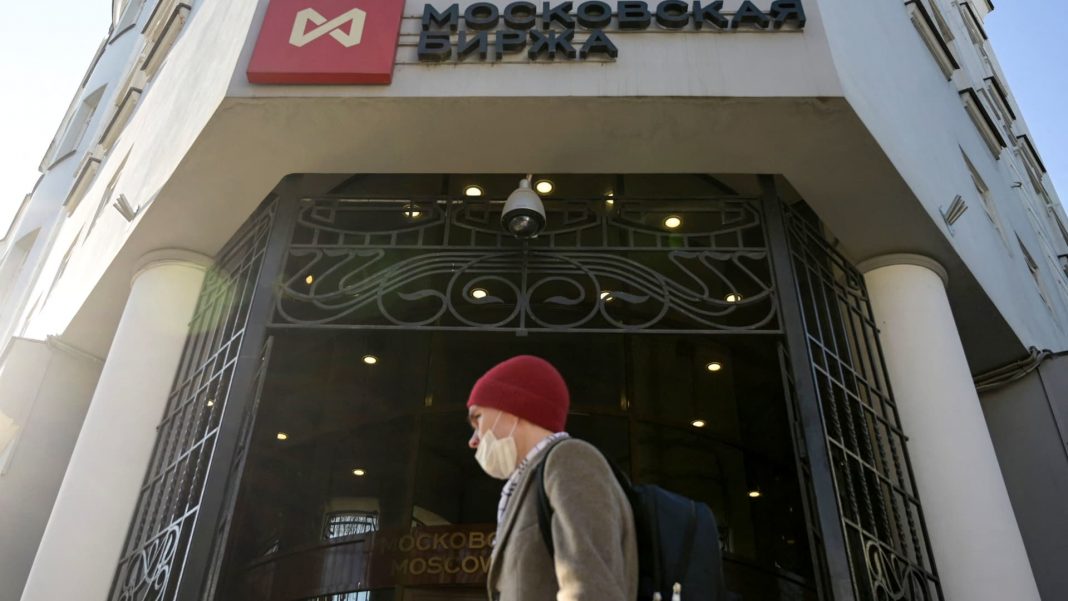 A man walks past Moscow’s stock market building in downtown Moscow on February 28, 2022.

Russia’s stocks moved sharply on Thursday, after the market partially reopened for limited trading after its longest shutdown since the fall of the Soviet Union.

The Moscow Exchange resumed trading in 33 Russian equities, including some of its biggest names like Gazprom and Sberbank, between 10 a.m. and 2 p.m. Moscow time (3 a.m. and 7 a.m. ET) following an announcement from the Central Bank of Russia on Wednesday.

Short-selling on stocks will be banned, however, and foreign investors will not be able to sell stocks or OFZ ruble bonds until April 1.

The MOEX Russia Index was up more than 10% around 20 minutes into trading.

At the other end of the index, Shares of Russian airline Aeroflot initially plunged more than 20%, but soon pared losses to trade around 6% lower a short while later.

The country’s stock exchange had been closed since Feb. 25 as Russian assets plunged across the board following the country’s invasion of Ukraine and in anticipation of the punishing international sanctions that followed.