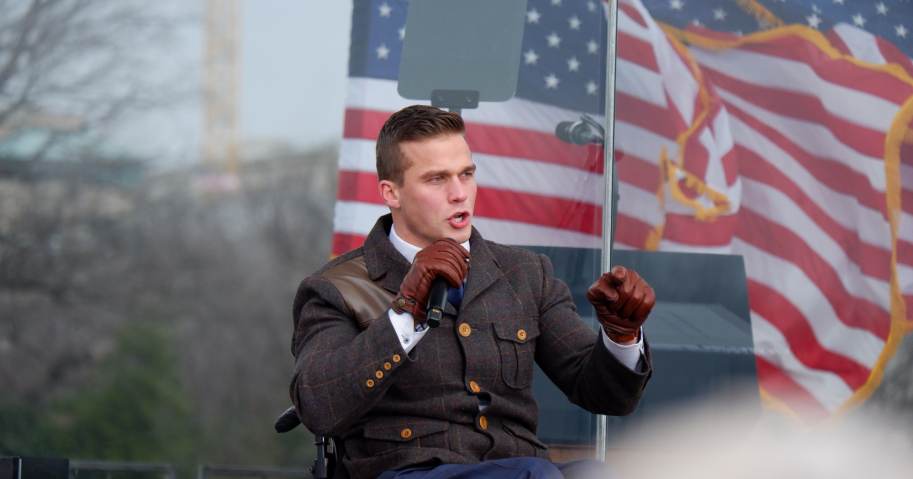 
Despite all of the nonstop propaganda swirling around, praising Ukrainian President Zelensky and demanding Ukrainian ‘democracy’ be upheld, some people, like Rep. Madison Cawthorn (R-NC), haven’t forgotten what the elites’ have been up to in Eastern Europe.

During a campaign stop in Ashville, North Carolina, Rep. Cawthorn reminded the crowd of the situation in Ukraine, telling them that Zelensky is a “thug” and blasting the government he is in charge of as “incredibly evil.”

According to Cawthorn, Ukraine is just an extension of the “new woke world empire” that is behind the ‘great reset.’

In a video of the event that was posted online, Cawthorn is seen saying:

Naturally, his comments weren’t received well by the corrupt establishment; on top of the usual cackling mob consisting of the liberal press and radical Dems, several RINOs immediately condemned Cawthorne, including the RINO of RINOs, Lindsey Graham.

From Graham, via The Epoch Times:

“Like 90 percent of the country is with Ukrainians and is opposed to Putin. So when you see a member of Congress say things like this, the one thing I want you to know: they’re outliers.”

Yes… really. Cawthorn speaking out in a 13-second clip with no context on either end – makes him an ‘outlier.’ But Graham – the same unhinged Warhawk lunatic who called for a Russian “Brutus” to assassinate the Russian President last week – isn’t?

The criticism of Cawthorn over his observation of Zelensky and Ukraine is completely unwarranted, as he has repeatedly made clear that he does not approve of Russia’s actions either. In no way were his comments an endorsement for Putin, so the attacks are baseless on their face.

This was just an observation that hits a little too close to home for comfort.

Nevertheless, Cawthorn explained his position, once again, the day the video surfaced online:

“The actions of Putin and Russia are disgusting. But leaders, including Zelensky, should NOT push misinformation on America. I am praying for Ukraine and the Ukrainian people. Pray also we are not drawn into conflict based on foreign leaders pushing misinformation.”

The actions of Putin and Russia are disgusting.

But leaders, including Zelensky, should NOT push misinformation on America.

I am praying for Ukraine and the Ukrainian people.

Pray also we are not drawn into conflict based on foreign leaders pushing misinformation.